TaeKwonDo is the world most popular Martial Art.  General Choi Hong Hi the founder had a vision to spread a uniquely Korea Art that taught the student about the history of Korea and its struggle for Independence.

TaeKwonDo has a history through Japanese styles taught during the occupation of Korea, with the development and addition of scientific principles used to generate the maximum power into a single technique.

TaeKwonDo, the Korean art of Self Defence developed by the late General Choi, Hong Hi (1918 – 2002) of the Korean Army during the 1940’s and became formally recognised in 1955. TaeKwonDo literally means ‘the Art of hand and foot fighting’. It is the martial art of unarmed combat for self defence and involves the skilled application of punches, kicks, blocks, dodges and interceptions with the hands, arms and feet.

Through dedicated training TaeKwonDo provides the student with the ability to defend himself or herself effectively if and when confronted with a violent attack.

TaeKwonDo is a way of life and instills a concept and spirit of strict self discipline. Training increases physical fitness, awareness, discipline and advocates both courtesy and helpfulness. 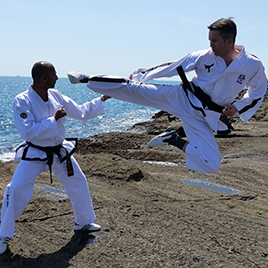 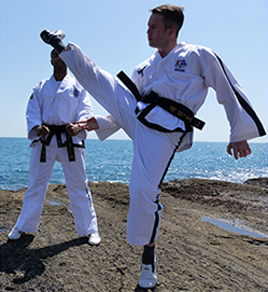 Thank You for supporting the club! Dismiss